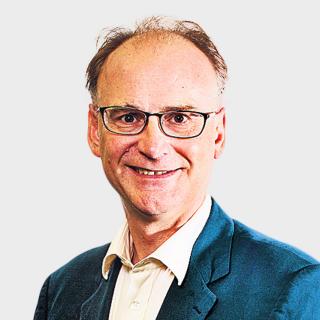 ‘Deadly new epidemic called Disease X could kill millions, scientists warn,” read one headline at the weekend. “WHO issues global alert for potential pandemic,” read another. Apparently frustrated by the way real infectious diseases keep failing to wipe us out, it seems that the nannies at the World Health Organisation have decided to invent a fictitious one.

Disease X is going to be a virus that jumps unexpectedly from an animal species, as happens from time to time, or perhaps a man-made pathogen from a dictator’s biological warfare laboratory. To be alert for such things is sensible, especially after what has happened in Salisbury, but to imply that the risk is high is irresponsible.

No matter how clever gene editors get, the chances that they could beat evolution at its own game and come up with the right combination of infectiousness, lethality and viability to spread a disease through the human race are vanishingly small. To do so in secret would be even harder.

I fear the only effect of the WHO’s decision could be to cause unnecessary alarm and damage public confidence in the very technology that brings more effective cures and vaccines for known and unknown diseases. It also feeds our appetite for bad news rather than good. Almost by definition, bad news is sudden while good news is gradual and therefore less newsworthy. Things blow up, melt down, erupt or crash; there are few good-news equivalents. If a country, a policy or a company starts to do well it soon drops out of the news.

This distorts our view of the world. Two years ago a group of Dutch researchers asked 26,492 people in 24 countries a simple question: over the past 20 years, has the proportion of the world population that lives in extreme poverty

Only 1 per cent got the answer right, which was that it had decreased by 50 per cent. The United Nations’ Millennium Development goal of halving global poverty by 2015 was met five years early.

As the late Swedish statistician Hans Rosling pointed out with a similar survey, this suggests people know less about the human world than chimpanzees do, because if you had written those five options on five bananas and thrown them to a chimp, it would have a 20 per cent chance of picking up the right banana. A random guess would do 20 times as well as a human. As the historian of science Daniel Boorstin once put it: “The greatest obstacle to discovery is not ignorance — it is the illusion of knowledge.”

Nobody likes telling you the good news. Poverty and hunger are the business Oxfam is in, but has it shouted the global poverty statistics from the rooftops? Hardly. It has switched its focus to inequality. When The Lancet published a study in 2010 showing global maternal mortality falling, advocates for women’s health tried to pressure it into delaying publication “fearing that good news would detract from the urgency of their cause”, The New York Times reported. The announcement by Nasa in 2016 that plant life is covering more and more of the planet as a result of carbon dioxide emissions was handled like radioactivity by most environmental reporters.

What is more, the bias against good news in the media seems to be getting worse. In 2011 the American academic Kalev Leetaru employed a computer to do “sentiment mining” on certain news outlets over 30 years: counting the number of positive versus negative words. He found “a steady, near linear, march towards negativity”. A recent Harvard study found that 87 per cent of the coverage of the fitness for office of both candidates in the 2016 US presidential election was negative. During the first 100 days of Donald Trump’s presidency, 80 per cent of all coverage was negative. He is of course a master of the art of playing upon people’s pessimism.

This is a human susceptibility and one that is open to exploitation. Even while saying that they would prefer good news, subjects in a subtle psychology experiment in Canada who were told to choose and read a newspaper article while waiting for the “experiment” to begin in fact “chose stories with a negative tone — corruption, setbacks, hypocrisy and so on — rather than neutral or positive stories”. Financial journalists have been found to report rising financial market indices with declining enthusiasm as rises continue, but falling ones with growing enthusiasm as the falls continue. As the Financial Times columnist John Authers said: “We are far more scared of encouraging readers to buy and ushering them into a loss, than we are of urging them to be cautious, and leading them to miss out on a gain.”

That is one reason for the pervasive negativity bias that afflicts the public discourse. Humans are loss-averse, disliking a loss far more than they like an equivalent gain. Such a cognitive bias probably kept us safe amid the dangers of the African savannah, where the downside of taking risks was big. The golden-age tendency makes us remember the good things about the past but forget the bad, with the result that the present seems worse than it is. For some reason people sound wiser if they think things are going to turn out badly. In fiction, Cassandra’s doom-mongering proved prescient; Pollyanna was punished for her optimism by being hit by a car. Thus, any news coverage of the future is especially prone to doom-mongering. Brexit is a splendid example: because it has not yet happened, all sorts of ways in which it could go wrong can be imagined. The supreme case of unfalsifiable pessimism is climate change. It has the advantage of decades of doom until the jury returns. People who think the science suggests it will not be as bad as all that, or that humanity is likely to mitigate or adapt to it in time, get less airtime and a lot more criticism than people who go beyond the science to exaggerate the potential risks. That lukewarmers have been proved right so far cuts no ice.

Activists sometimes justify the focus on the worst-case scenario as a means of raising consciousness. But while the public may be susceptible to bad news they are not stupid, and boys who cry “wolf!” are eventually ignored. As the journalist John Horgan recently argued in Scientific American: “These days, despair is a bigger problem than optimism.”