Cheer Up: The True Mother Of Invention Is Optimism
The Sunday Times, 6 September 2015

Always remember that throughout history the pioneers have been exalted, while the doomsayers are forgotten. 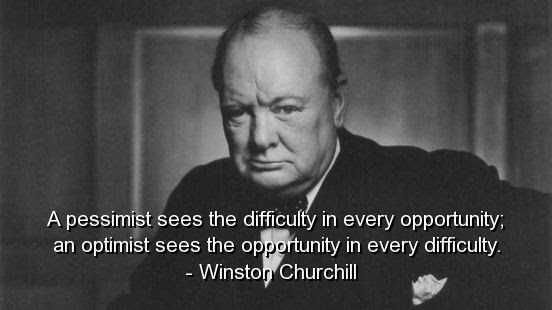 IT IS easy to fall into a slump at this time of year. Returning to rain, darker evenings and the daily grind after a summer holiday in sunnier climes — there are plenty of excuses to feel gloomy. Such seasonal dips in mood are entirely forgivable. But in the long run, for both your health and wealth, research shows it pays to be an optimist. Positive thinkers live longer and enjoy higher incomes.

In general, despite the pessimism of the media, academics and socialists, things are getting better. Andrew Haldane of the Bank of England gave an excellent speech in February about growth. He discussed the challenges society faces — inequality, short-termism, poor infrastructure, high levels of debt, worsening demographics and so forth — but overall he argued that each generation has been about a third better off than its predecessor — and there are no fundamental reasons why this progression should not continue.

One of my favourite optimists is Matt Ridley, who has written a new book called The Evolution of Everything: How Ideas Emerge. He argues that the key ingredient for higher standards of living is innovation, and that this is a bottom-up phenomenon, an emergent property of human nature — and will therefore always be with us.

It covers some of the same territory as Mass Flourishing, by the Nobel prize winner Edmund Phelps. His book suggests that individuals matter much less than overall culture and social values. The subtitle of Phelps’s text is How Grassroots Innovation Created Jobs, Challenge and Change.

His thesis is that most industrial discoveries were not pioneered by a few isolated visionaries. Instead, progress has been driven by huge numbers of citizens empowered to create and sell thousands of incremental improvements — from craftsmen and farmers to traders and factory workers.

Similarly, Ridley argues: “The growth of technology, the sanitation-driven health revolution, the quadrupling of farm yields so that more land could be released for nature — these were largely emergent phenomena. So was the internet, the mobile phone revolution and the rise of Asia.”

In many other aspects of life, the world is improving. According to the Office for National Statistics, Britain’s violent crime rate is less than half what it was in the mid-1990s, while life expectancy in wealthier nations has risen by six years over the past 25.

Steven Pinker argues in The Better Angels of Our Nature that war and homicide have been in decline for thousands of years. The world is a much safer place.
Another new book to lift the spirits is Ronald Bailey’s The End of Doom: Environmental Renewal in the Twenty-First Century. He tackles overpopulation, GM food, peak oil, climate change and other apocalyptic visions. He claims that free enterprise and technology can solve mankind’s problems, just as they have in the past. He also attacks the “precautionary principle”, which distorts so much institutional behaviour and leads to fatuous overregulation and organisational timidity.

The forerunner of all these authors was Julian Simon, who wrote The Ultimate Resource in 1981, puncturing myths of scarcity and despair. It remains essential reading.

I have come to the conclusion that the worst almost never happens — the vast majority of dire predictions by negative commentators and supposed experts are simply nonsense.

Mankind developed a capacity to imagine terrible outcomes as an insurance policy so we could avoid threats and disasters. But being constantly in dread of fresh catastrophes is impractical and taints our judgment. Those who expect to be unhappy or ill or a failure are more likely to succumb to their anxieties.

Indeed, the neuroscientist Tali Sharot in her book The Optimism Bias: Why We’re Wired to Look on the Bright Side, shows how people taking irrational risks can benefit humanity as a whole.

Many entrepreneurs I know say they would never have embarked on the slog of building a business from scratch had they known at the beginning how difficult the journey would be. But thank God they did: that is how invention happens, how new machines and drugs come about, how material advances are made.

The world is full of opportunity, and its resources remain abundant. Improvements take place incrementally and rarely form headlines. By contrast, calamities capture our attention but they can also distort our perspective in harmful ways.

Some might say: “Aren’t you worried about the market collapse in China?” Or, indeed, whatever is this month’s big panic.

But the answer is not to dwell on matters over which you have no control, and instead focus on the limitless possibilities that lie ahead, seizing your personal chances as they arise.

Always remember that throughout history the pioneers have been exalted, while the doomsayers are forgotten.

Luke Johnson is chairman of Risk Capital Partners and the Centre for Entrepreneurs.